You are here: Home / The BAM Review / mission agency

Mission Agencies have long been a crucial player and partner in the contemporary BAM movement.

Many early pioneer BAM practitioners of the 80s, 90s and early 2000s either came from a missionary background or were members of a mission agency. These agency workers- turned-BAMers were at the forefront of the early wave of BAM companies because they were already at the front lines. Sent out with a call and vision to see people and communities transformed by the gospel, they discovered that business could be a powerful means of integral mission – meeting spiritual, social and economic needs in communities.

Looking back on 20 years and more of recent BAM history, we see that companies with missional goals embedded within their business model, business culture, company values, working relationships and so on, have often proved to be the most fruitful way for agency workers to pursue their work. But it has not always been easy.

Business failure – already a high possibility for seasoned entrepreneurs in home cultures – became a common experience for missionary-run startups with the additional hazard of being in environments often hostile to both mission and business. Many missionaries are by nature pioneering and somewhat entrepreneurial, however most early agency-related BAMers lacked the know-how and practical business experience they needed to create sustainable, scalable companies. Early BAM companies had few models to follow and lessons were learned the hard way.

Those hard-won fruitful practices are now being passed on, benefiting the current generation of BAM practitioners. They are able to stand on the shoulders of a host of early BAMers (from both business and mission backgrounds) because those pioneers heard the Lord and were willing to go, they were willing to innovate, risk and persevere. In turn, these early BAM pioneers stood on the shoulders of many generations of traditional missionaries that passed on their own hard-won lessons.

Beyond ‘Business as Visa’

Necessity is the mother of invention. In some parts of the world, starting a business has long been the only viable means to establish a settled, credible role in a community. William Carey, right back in the late 1700s, took a management position in an indigo factory when he first arrived in India because missionary visas were hard to come by in the days of the East India Company. And like William Carey*, modern day mission workers soon discovered that the power of a business model extends far beyond a means to getting a visa. (Read more on how it extends here).

Thankfully most agency workers who are getting into business now have many more resources to draw on. They understand that to have a credible, sustainable role in a community, their company has to be credible and sustainable. That means aiming towards excellence in business practice and the true integration of holistic missional goals into every aspect of a company – from business plan, to daily business life.  END_OF_DOCUMENT_TOKEN_TO_BE_REPLACED

How do you manage your associations with Christians and Christian networks – both national and international – in light of security concerns? My ideal is to maintain my relationships with churches and Christian organisations (and indeed receive vital support/services from these); and I want to be well connected into the local church. However, I am concerned about how those connections may endanger my business. How have you managed both the relational side and other more formal associations you have with organisations or churches?

I personally believe that there are two key areas that you need to focus on as you consider your associations with Christians and Christian networks while working in a hostile environment. You should concentrate on education and building a strong identity.

Ever since we moved into a restricted access country, we have been working on educating all of the different parties involved in our lives. Most of our sending churches had only dealt with traditional missionary models, so we had to talk with them about:

During the first few years, we had to be vigilant about what they were writing in their online bulletins and websites. Over time, they have come to understand the seriousness of their actions. One simple way to make your point clear is to share real life stories of people who have been questioned because of “church mistakes.” END_OF_DOCUMENT_TOKEN_TO_BE_REPLACED

How do you manage your associations with Christians and Christian networks – both national and international – in light of security concerns? My ideal is to maintain my relationships with churches and Christian organisations (and indeed receive vital support/services from these); and I want to be well connected into the local church. However, I am concerned about how those connections may endanger my business. How have you managed both the relational side and other more formal associations you have with organisations or churches?

This is first and fundamentally a theological-missiological issue, secondly a relational issue, and thirdly a risk-related issue. Let’s tackle the question in this order.

By “theological-missiological” I mean that the question takes us to the core issues of spiritual warfare, identity with the Kingdom of God, and the often overlooked and neglected matter of suffering for the sake of righteousness, in fulfilment of God’s purposes. The point is that, ultimately, our security is not our concern! We are engaged in a spiritual warfare, in which the advance of the Kingdom of God is often painfully slow and subject to setbacks, and that suffering, even to the point of shedding blood, let alone expulsion, is the New Testament norm. It’s commonplace, but profoundly erroneous, to assume that because we are doing something as value-added as business, we have therefore some sort of iron-clad guarantee that we’ll be exempt from the same tests, trials and trauma of any other missional effort.

By “relational” I mean that our being blood-bought brothers and sisters in Christ by definition implies a willingness to be associated with this community, to take pride in our shared identity, and to find meaningful ways to engage with other Christians. Our businesses should not be seen by the host country as discriminatory (i.e. don’t hire all Christians!) or a cover for activities that may be illegal at worst, or at least misunderstood (i.e. avoid associations with certain styles of activities or messaging that can be counter-productive). But we should resist any fear or shame in being identified with the local and global Christian community which shares the Name of Jesus, just to protect our business – which, while important, is of secondary importance to the Body of Christ. END_OF_DOCUMENT_TOKEN_TO_BE_REPLACED 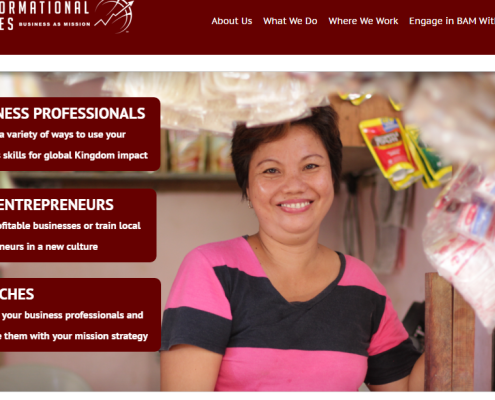 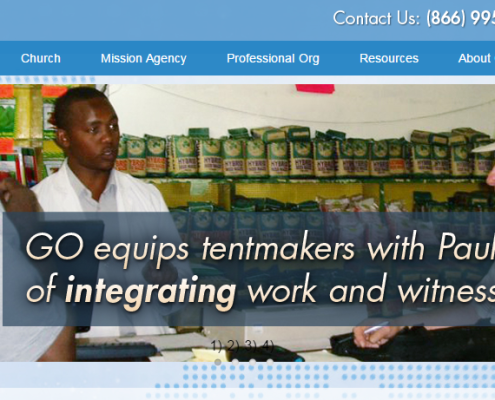 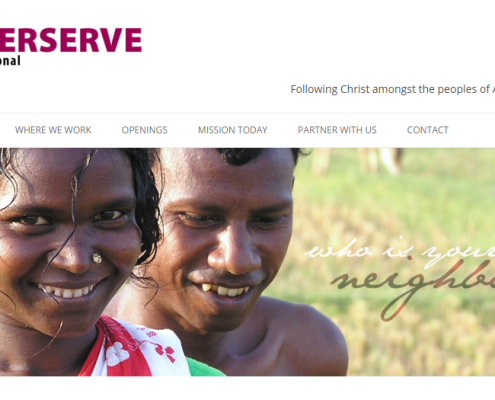