You are here: Home / The BAM Review / growth

What brings a stone carver and a mechanic together? Although they‘ve never even met, this story connects two (of my favorite) people who revel in lavishing generosity on others. Both Josue and Don beautifully embody the joy of giving that my new book explores. They are master craftsmen who love blessing people through their handiwork: Josue’s hands work in stone and Don’s hands master mechanics. Their Haiti-Florida bond was born in February of 2012 as we at Creating Jobs Inc mentored Josue Jean-Gilles in his business of creating plaques and gifts carved from stone. 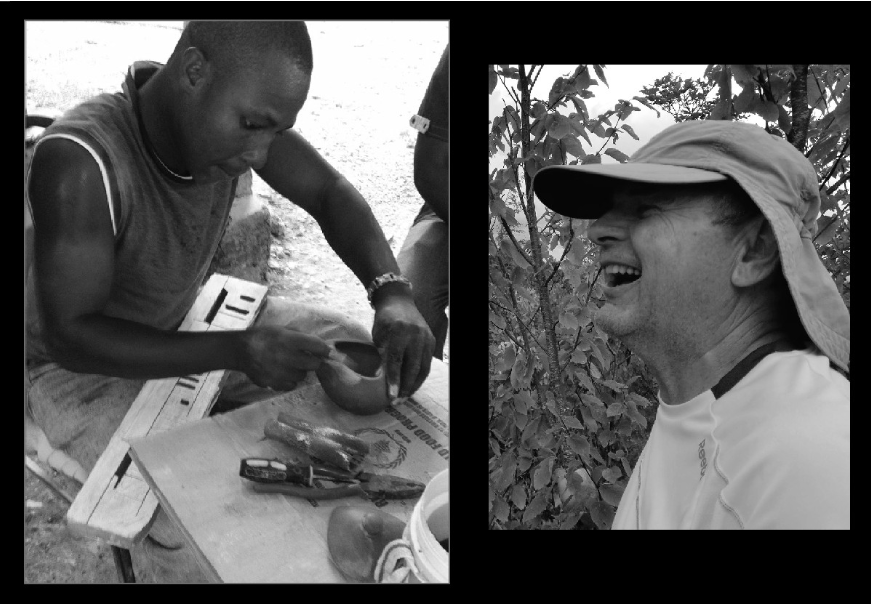 At the epicenter of the 2010 earthquake, Josue suffered damage to his Léogâne home and workshop while fellow church members lost their very lives. Important foundations of his life continued to crumble as his mother died of a likely curable illness and his wife abandoned him and their children. After we heard Josue preach with passion one Sunday morning, his divorce forced a year-long furlough from teaching and leading at his church, which shook him further. So, you can see that his youthful face masks more heartache than a young man should have to bear. Yet his soul has not shrunk in self-protection but keeps giving, hoping and investing in others. It would have been natural to closely guard what remained, including a regional monopoly on his type of artisanal stone carving. Instead, he spread his skills far and wide by sharing his well-honed techniques with not only employees, but many orphans, and several new competitors he helped to raise up. Now that’s a mindset of abundance!  END_OF_DOCUMENT_TOKEN_TO_BE_REPLACED

I’ve had many failures in my life. One of them was in business. I was partner in a healthcare related startup that launched right before the Great Recession in the U.S. We were trying to do something radical, and the market wasn’t ready. But the truth is, neither were we as company leaders. We did some things well, but we made a lot of mistakes because of our lack of experience. These circumstances eventually caused the young seedling company to go out of business.

Bottom line: we failed. I failed.

Here’s a little bit of what I’ve learned through that particular failure as I’ve reflected on it over the years.

We take our humanity to work everyday. One day, we might fail to meet a deadline or misunderstand a client. Another day, failure might bring unrecoverable loss, the closing of a department, losing your largest account, or even filing for bankruptcy.

As failure looks us straight in the eye, we have a choice to make about how we respond. In these moments of hardship we can choose denial, blame, resentment, unforgiveness… Or we can chose to bravely take responsibility for our decisions and the impact on those around us. We can allow God to deepen our character through the roughest of circumstances.

No one wakes up in the morning and says, “I hope I fail today” – rather we hope not to! Yet failure, whether big or small, is part of our human existence. Indeed, it is through times of failure that our characters get a growth spurt. Hopefully, we get enough of these growth spurts early in life before the stakes get too high!

God is passionate about our sanctification. He uses work spaces to cultivate people to be more like Himself. The workplace can be a place of character development if we allow our hearts to receive the instruction. Failure, more than just about anything else, can grow hardy, rock-solid character and deeper trust in God – if we allow it to.  END_OF_DOCUMENT_TOKEN_TO_BE_REPLACED

Seasoned business leaders are typically no strangers to failure, it is not only the greenest of green BAMers who experience failure. For each superstar company in the world, there are burial grounds of companies that just didn’t work or that limped along without profit for far too long.

However, there are some common denominators among companies that succeed or fail – and their experiences can teach us something: often it is how not to do it!

Lucy lived in a city where she had connections with many non-profits. She wanted to branch out and do business as mission but didn’t quite know how to get going. A non-profit presented a business opportunity, one that, as it turned out, was too good to be true. Under researched, unadvised, and unsustainable, Lucy fell headlong into a bad deal.

An NGO said they would produce soy milk, made possible through a grant, and give the fresh soy milk to Lucy’s new company to sell in the local community. Excited to begin her BAM dreams, Lucy jumped in and signed a three year contract with the NGO, secured a lease for an office space and hired three local staff to get the business started.  END_OF_DOCUMENT_TOKEN_TO_BE_REPLACED

We entrepreneurs thrive on an inner fountain of optimism and courage. While these God-given virtues help us scale astounding heights, they also set us up for catastrophic falls. How so?

We simultaneously and unwittingly possess the ominous dark sides of these strengths we so prize. A healthy optimism can morph into a false sense of invincibility, and taking big risks can yield triumphs – or collapses equally as grand.

In my over-optimism about people (thus extending unwarranted trust), I took these five unwise risks early in my business career:

I took on a business partner I hardly knew who made me angry every single day as I did 95% of the work.

2) Compromise on the fine print

When the fine print of a contract with a national company made me uneasy, I went ahead and signed it after their local representative assuaged my concerns in writing. When he broke his promise, I was stuck in a contract that cost me thousands of dollars while providing no benefit to my company.  END_OF_DOCUMENT_TOKEN_TO_BE_REPLACED

We’ve been focused on ‘maximizing BAM success factors‘ recently on The BAM Review blog. However, we believe that ‘utilizing BAM failure’ is just as important – we can learn a lot about success from failure. Business consultant and guest author Chris Cloud introduces this new series on Learning from BAM Failure.

Failure is Not the Enemy

If there’s one thing we know, it’s that we’re going to fail at something.

Failure might be small, like a bad kick of the ball when the net was wide open, or it might be as big as going out of business. Sometimes business relationships fail. Sometimes a product launch fails, or your great idea never gets off the ground. Failure is all around us, and it’s definitely a part of life.

There’s a tendency, especially in business, to think of failure as the enemy.

But what if we looked at failure a different way? What if saw it as a necessary element of the growth process?

Facebook’s motto during their early days was “move fast and break things.”

I’ve been a lifelong snowboarder. As I’ve got ready to hit the slopes around the world, I’ve often overheard beginners brag to each other. They’ll say something like, “I went out yesterday and didn’t fall even once!”

Some people’s goal is not to fall.  END_OF_DOCUMENT_TOKEN_TO_BE_REPLACED

In the first post we discussed what a growth ceiling is, and how to identify whether or not you are at one. In these second post we’ll cover proven strategies for growing past your ceiling.

The following advice has been gleaned from years of studying how people break past their growth ceiling, from personal experience, and from helping dozens of executive teams identify and break through their ceilings.

Working ON the business, not just IN it

Warren Buffet says his managers should spend 80% of their time working on becoming better leaders and thinking about how they will grow their business. How much time do you spend focused on growing in these areas? Most missional small business owners spend next to zero amount of time working ON the business or on their leadership, because they are too overwhelmed working IN the business. We have to find a way to rise above, if we are ever going to break past our growth ceilings.

Once you have committed time to work ON the business, the first step is to isolate the specific area where you are plateauing.  END_OF_DOCUMENT_TOKEN_TO_BE_REPLACED

A former client of mine, a venture capitalist, said he noticed an interesting trend. Each company his firm invested in, their leader would have a personal ceiling where he/she couldn’t grow the company past a certain point. For some it was $3 million in annual revenue, for others it was $300 million, but every single leader had a growth ceiling. That company never grew past a certain level until they brought in an entirely new management team.

From what I’ve observed, each growth phase of a company requires a different way of thinking, so most people can’t adopt new ways of thinking easily as the business or organization grows. All kinds of added responsibilities, dealing with high level investors, more employees, different market strategies, it all requires a different skill set.  END_OF_DOCUMENT_TOKEN_TO_BE_REPLACED 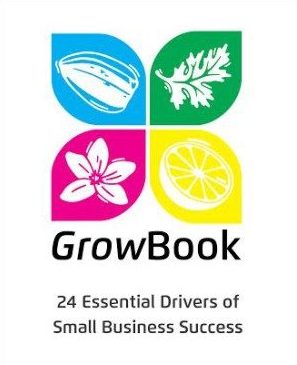 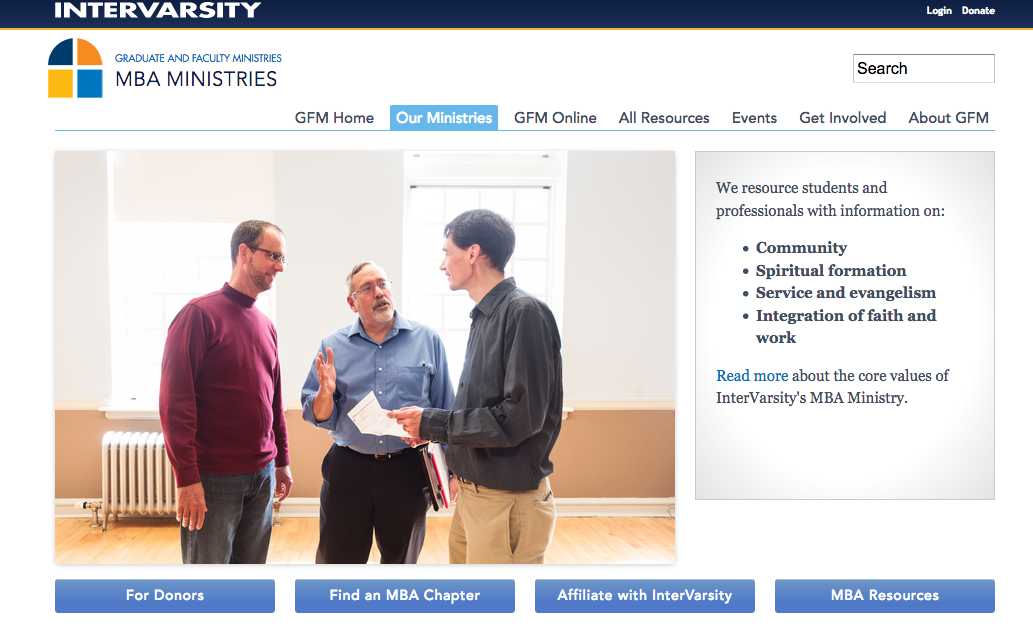 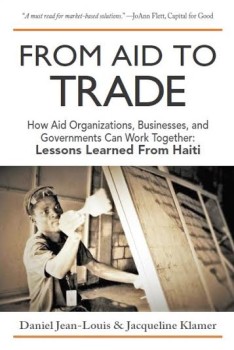