The BAM Review
You are here: Home / The BAM Review / Biblical Foundations / Business Is a Holy Calling That Should Be Affirmed by the Church

It is now three years since the Global Consultation on The Role of Wealth Creation for Holistic Transformation and subsequent publications. During August and September 2020 we will have a series of articles on wealth creation, reflecting on the eleven affirmations in the Wealth Creation Manifesto, which now exists in 17 languages.

Affirmations 3 and 4 of the Wealth Creation Manifesto focus on the fact that wealth creation – business – is a holy calling that should be affirmed by the Church:

3. Wealth creation is a holy calling, and a God-given gift, which is commended in the Bible.

4. Wealth creators should be affirmed by the Church, and equipped and deployed to serve in the marketplace among all peoples and nations.

The Wealth Creation Manifesto is a document the Faith–Work Movement (FWM) has needed. An example to illustrate… I was asked to speak at an august seminary in the United States during their Mission Week. There was a lunchtime seminar attended by 70 students and staff on the topic of business as mission, where I was joined by the second guest for the week, an experienced business missionary.

In his introduction, the head of the missions’ centre outlined the value of business as a platform for missionary activity, and that this was the only way to get into some areas of the world. He invited me to respond. I felt fear and trepidation as I rose to speak, wondering if I would have the courage to say what I needed to at this point.

I explained as gently as I could that the concept of business ‘as a platform’ for missionary activity was both an outdated concept, and a failed strategy. I talked about Mark L Russell’s excellent research into ‘fake’ businesses and their impact: loss of money, lacking credibility – reflecting poorly on local Christians, lacking integrity – suggesting Christians can’t be trusted, and creating suspicion – not just about Christians but about the gospel.

Thankfully the other speaker then explained how he had started out creating a business as a platform, had failed, cost money, and created suspicion. He had then realised that business is the mission, in its own right. He went on to build a successful business, creating networks and a good reputation, lauded by the local government, and with the opportunity to openly witness to staff, their families, customers and suppliers.

The Real Warning About Money

Part of the misunderstanding about the capacity of business to be mission, is a poor theology of money. Money is considered evil and many Christians are cautious about even bringing up the subject. However, it is the love of money that is evil; and wise stewarding of money is a Christian’s responsibility.

In seminaries, there is a reluctance to talk about money in leadership programs, and many church leaders outsource responsibility for finances to others in the congregation. A better understanding of the church as a workplace, and money as a tool to be used by God – just like buildings, programs and gifted people – would greatly enhance the ability for a pastor to lead well, and to equip others to influence well; and for both groups to escape the temptation to love money.

God created the world and everything in it. He is sovereign over the whole earth, and all the cultural and governmental and economic forms (Colossians 1:15–20). In Genesis 2 there are minerals and ores mentioned. Within the first eleven chapters of Genesis, the people move from an agrarian to an urbanised economy. God set out laws for the organisation of his people, including rules about buying and selling, caring for the land during production, and caring for the poor, as well as restoration of land rights.

God created everything so it would produce more than was needed. This is wealth in its simplest definition. In Deuteronomy there is a warning about wealth; that we must receive it as a gift and remember the giver.

You may say to yourself, “My power and the strength of my hands have produced this wealth for me.” But remember the Lord your God, for it is he who gives you the ability to produce wealth, and so confirms his covenant, which he swore to your ancestors, as it is today. (Deuteronomy 8:17–18)

God gives us the power to create wealth. Wealth is here presented as a good thing, commended by God as a sign of his covenantal relationship with human beings.

Ironically, when pastors do not talk clearly about money and wealth, giving the biblical framework for them, then there is a temptation for workplace Christians to think that God is not interested in their work, their business or their wealth. Such a separation allows for the distortion of good things.

Creating Wealth is a Gift

To create wealth is a great gift, and it is to be used to honour God and bless others. Hoarding wealth is always condemned in the Bible, like the story Jesus told of the rich fool who stored his surplus grain in many barns but never had the chance to enjoy it because he failed to honour God or serve others (Luke 12:13–21).

“But God said to him, ‘You fool! This very night your life will be demanded from you. Then who will get what you have prepared for yourself?’

“This is how it will be with whoever stores up things for themselves but is not rich toward God.”

We need our theological colleges and our church leaders to be affirming those who work in business: the wealth and job creators. Seminaries and pastors should be creative and strategic in working out how best to shape, equip and commission workplace Christians for this holy calling, this important work. After all, this is the responsibility of “the apostles, the prophets, the evangelists, the pastors and teachers, to equip his people for works of service, so that the body of Christ may be built up until we all reach unity in the faith and in the knowledge of the Son of God.” (Ephesians 4:11–13)

Empowered to Influence for Good

At the end of the biblical narrative, there is a glorious picture of the New Earth. God is dwelling with his people, and there is no more pain and crying. On the New Earth is a magnificent city constructed out of beautiful materials and precious stones.

The city does not need the sun or the moon to shine on it, for the glory of God gives it light, and the Lamb is its lamp. The nations will walk by its light, and the kings of the earth will bring their splendour into it. (Revelation 21:23–24)

Here is a magnificent picture of the right use of wealth. The leaders of the world take the outputs of the faithful work of the people. The wealth and treasure that has been amassed is brought by the kings of the earth to God and the Lamb, in the city, and offer it to them.

There are echoes here of the early church:

All the believers were together and had everything in common. They sold property and possessions to give to anyone who had need. (Acts 2:44–45)

I have a vision of theological educators and pastors united in a desire to equip God’s people gathered so they can be effective in using their gifting when scattered; that workplace Christians might be blessed to be a blessing to others; enabled to create wealth to share the resources of God, thus demonstrating the abundance of the kingdom, witnessing to the creative provision of God, as well as his compassion and goodness. That Christians gifted in business would be empowered to be an influence for good amongst a crooked and corrupt generation of business leaders. This is a biblical vision of the kingdom of God. We see it described in Isaiah 61 and quoted by Jesus in Luke 4. May it be on earth as it is in heaven. 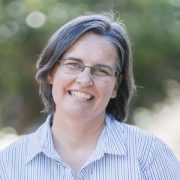 Kara Martin is a speaker, lectures at Alphacrucis and Mary Andrews colleges, and was formerly Associate Dean of the Marketplace Institute at Ridley College in Melbourne. She has worked in media and communications, human resources, business analysis and policy development roles, in a variety of organisations, and as a consultant. She was Director of the School of Christian Studies for three years and has lectured with the Brisbane School of Theology, Macquarie Christian Studies Institute and Wesley Institute. Kara has a particular passion for integrating our Christian faith and work, as well as helping churches connect with the workers in their congregations. She is married to David, and they have two amazing adult children: Jaslyn and Guy. Volume 1 of  Workship: How we can Use our Work to Worship God was published in April2017. Workship 2: How we can Flourish at Work was published in May 2018. Kara has just started on Workship 3: How to Shape Christians for the Workplace. 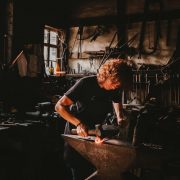 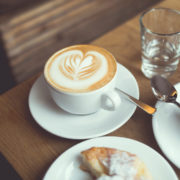 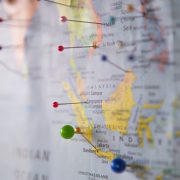 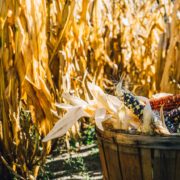 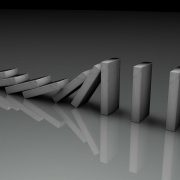 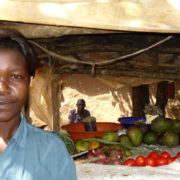