Our goal is to provide the BAM Community with the best content and resources available. As we wrap up the spring and head into summer we are highlighting various articles and resources which have stood out above the rest. Below is the “Staff Pick” for the summer of 2016.

“We’re fighting this multi-billion dollar evil with a peashooter,” Stephen told Don as they wandered around the exhibition hall at an anti-human trafficking convention. At every booth they were encountering stories of abuse and human suffering. There were also stories of rescue and restoration… However, the sheer scale of global slavery seemed to dwarf the efforts of those at the front-lines fighting against it. Most organisations working with trafficked communities can only provide jobs for 5, 10, 20 or so people. This is great and essential work; giving meaningful work and a stable livelihood is central to people getting out and staying out of slavery. Yet the need for stable jobs far surpasses the supply. Don and Stephen came away with a burning question: How can we employ a growing number of people vulnerable to, or rescued from, human trafficking?

A year later in 2009 Stephen Freed and Don Byker left their long-held positions and set out to research business opportunities. They realised that if they were really going to tackle the underground slavery industry, they would need multiple, substantially-sized businesses that could employ hundreds or thousands of people. They looked at micro-enterprise solutions, but realised that there is a limit to how effective those can be. Not everyone is an entrepreneur with aspirations to own their own business – and micro-businesses rarely scale to create thousands of jobs. As they researched they found, as economists have discovered, that the key to solving poverty and bringing widespread economic development to communities is a growing number of SME-sized businesses.

Don Byker, former Harvard professor, management consultant at Bain and Company, and business owner, had been helping to support an orphanage and schools in rural Philippines since 1973. As he and Stephen were exploring business ideas, a local NGO leader said, “Our students are doing well in high school, but what happens after graduation? There are no jobs in our community. Our graduates have to leave their families and go to the cities or overseas to get work.” At best families are divided and brain-drain continues, losing those most equipped to improve the community. At worst their search for better jobs makes them vulnerable to human trafficking. The rural area where they went to school was isolated, hours from the nearest city down a barely passable road. The economy of the area consisted mainly of subsistence farming of coconuts, fish and rice, with unemployment near 80%. The message from the local leader came back clearly: “Give us a chance to compete in the global marketplace. Start a business!”

Instead of coming in with western ideas and mandates, Don and Stephen asked the community what kind of business they could create there. Their question was, “What do you have?” The rather surprising answer at the time was: coconuts!

In 2010, coconut oil was not the mainstream product that it is now. As the team began to explore, they discovered a fringe health product that had all sorts of claims to its name. Locals told them that the oil cured acne, healed stomach problems, helped with weight loss, and more. The team didn’t know what was local folklore and what were real health benefits. Was this just another ‘snake oil’? It was hard to believe the lowly coconut could do all that!

However, as they got into some in-depth research, and seriously started using different coconut products themselves, the team discovered that coconut oil did indeed have many proven health benefits. At the time it was mainly being used by health enthusiasts, but there was already a growing market. This was the beginning of Dignity Coconuts.

Erik Olson, VP at Dignity Coconuts shares, “The name Dignity was chosen to counter the sad reality that most approaches to development unintentionally erode a poor person’s dignity. In order to help people rise out of poverty with dignity, we must create opportunity for meaningful work. Businesses done right have great potential due to the ability to create significant jobs. We don’t give people dignity, God is the one who does that! However by changing systems of oppression and giving opportunities for empowerment, a person’s dignity can be unearthed where it may have been buried.”

With one high-up official in the Philippines, Stephen shared the goal of helping families and restoring coconut farmers’ dignity. Seeing the official’s look of confusion, Stephen used the Tagalog word for dignity, “dignidad”. The official sharply replied, “Farmers don’t have any dignidad and never will.” Stephen was stunned knowing coconut farmers comprise a significant percent of the Filipino workforce. In contrast the Dignity team believe coconut farmers do have dignity and want to help uncover it, for the farmers themselves, and then for the rest of the world to see.

Adding Value to the Coconut

As they launched into product research, Don and Stephen found most companies were using one or two parts of the coconut, leaving piles of waste behind. The Dignity team sought to develop ways of processing the coconut so none of it is wasted, adding more value to this crop typically grown by the poor.

Realising that if they designed the production process right, they could make coconut oil, coconut water and coconut milk from the same coconut. God then miraculously connected them to people doing pioneering R&D work with the remaining shell and outer husk. They now had six marketable products from this simple coconut, including: ground shell powder for use in plastic products, husk fibres woven into erosion-control blankets, and peat processed into a soil conditioner.

Although the eventual goal is to use the whole coconut, the team knew  they couldn’t launch all six products at the same time, they needed to focus. That has been a difficult tension for them and it’s taken discipline to focus on the R&D needed to get their first products to market, starting with coconut oil and the ground shell powder.

One of the key decisions in the product development story was where to position their coconut oil in the market. There were already many big players selling coconut oil. There was no way to compete with giants with Dignity’s medium sized plant. But there was a lack of high quality, great tasting coconut oil out there. Don and Stephen researched into oil extraction methods through 2011 and the production process they chose as a result was the centrifuge extraction method. This method is harder and takes significantly longer, but processes the coconut in a gentle way. The result is a premium product, a virgin coconut oil that is pure, raw and retains all the benefits.

A Plant in the Community

Another early decision in Dignity’s development was where to locate the coconut processing plant. The team wrestled with whether they should build the plant near the developed city or in the rural villages. The Bicol region they are working in is one of the poorest in all of the Philippines, and there are relatively few industries and coconut processing facilities there to begin with. On the other hand, all the existing coconut companies are established near the cities that offer developed infrastructure, access to construction materials, and easier export logistics. Their plants send trucks hours away to collect the crop from rural areas reinforcing the disconnect between the factory and the farmers.

The Dignity team knew that in order to make significant impact and create jobs in the rural community, they would have to build their plant where the people were, in the heart of the community itself. Indeed, this brought many logistical challenges and it took a full two years to build the plant. The team decided to create a smaller, more nimble plant, but this still required four buildings. It was a constant challenge to get all the materials to a place that had no major construction supplies.

With a chuckle, Don reminisces, “We had to make our own concrete blocks on site. Sometimes the roads were so bad, bags of cement, aggregate, and sand had to be hand carried from trucks on one side to trucks on the other side of a muddy stretch.”

Dignity has already seen transformation, starting with the farmers. In the past farmers have sold their “copra” (the dried meat of the coconut from which the large mills extract the coconut oil) to traders. This closed group dictates the price, most often with no way to check prices. The farmers were trapped in a cycle of poverty with no options.

Dignity invites the farmers to come to their Community Transformation Plant (CTP). Dignity trains them how to select the best quality coconuts, clarifying the specifications. Dignity management and the farmers meet at the CTP to negotiate and set the price of these fresh coconuts. The training and inclusion empower local farmers and encourage them to farm better.

None of these farmers had organic certification, despite being free of pesticides and other harmful chemicals. The market for virgin coconut oil demands organic sources, so Dignity worked with the farmers to help them get certification. These farms are not like big plantations – most have around four acres, and the coconut palms also grow wild nearby. Dignity organised 139 such farmers, trained them in organic farming and paid for the organic certification for the group. For the first time, each of these farmers is organic certified and free to sell coconuts to anyone for a premium price. Stephen notes, “We realise the risk here, but we know trust is being built when the farmers see we are on their side through our training and the change they see in their community. Plus, we have a profit-sharing plan with the farmers so they become partners, not just suppliers.”

Dignity Coconuts is changing the model for how to do business in a way that can break cycles of poverty. It may not be easy, but the people are worth it. The entire community has seen the difference that this model has brought to their villages. They have hope like never before because of a SME-size business that looks beyond financial profit. […Read Part 2]

With thanks to Erik and the team at Dignity Coconuts. 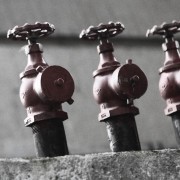 3 Types of Prayer for the Business Context 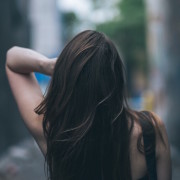 Creating Jobs for the Exploited: a Vital Need and a Unique Challenge 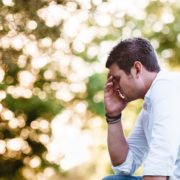 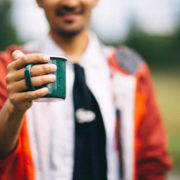 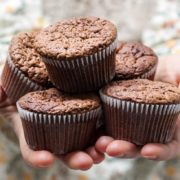 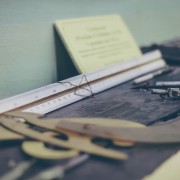 4 Resources to Help You Decide What to Measure

What Makes a BAMer? Identifying and Deploying the Right People for BAM Comp... Scroll to top