The BAM Review
You are here: Home / The BAM Review / Latest / How They Got Started: 3 Different Routes into Business as Mission

Our goal is to provide the BAM Community with the best content and resources available. As we wrap up the spring and head into summer we are highlighting various articles and resources which have stood out above the rest. Below is the “Most Popular Post” for the summer of 2016.

From Dream to Island Reality: Samantha

At the tender age of nine, rather than dreaming of make-believe castles and glass slippers, Samantha dreamed about living her life on a certain archipelago in Asia. After college Samantha spent a year in China teaching English then returned to the States to get her Master’s degree in Teaching English as a Foreign Language. Upon graduating, she taught English for several years at high school level. Then one day God began stirring that dream from her childhood of living in Asia. After months of seeking wise counsel and pushing on doors, a plan began to take shape. True to His word, God did “more than she could ask or imagine”, doors opened for her to join an organisation that fit her youthfulness and passion. She raised long-term support, and took a survey trip. Within a short time Samantha had moved and begun studying the local language on a main island of the archipelago. She was open to God’s provision, setting no expectations on how long she would remain long-term in the country.

Three months into her language studies Samantha received a phone call from a certain small business ministering out in the islands asking if she would join them in their endeavor. Samantha had connected with this business months prior during her survey trip, hoping that God would open the door for her to join their business since their vision was the same as hers for the islands. With her teaching skills and a passion for the Islands, she immediately said, “Yes!” – believing she could do anything God called her to, including small business.

For five years Samantha played all kinds of roles in the company. She learned as she went, wearing many hats. She attended various BAM conferences and helped with church planting training courses. She was in the thick of running this business and helping people experience Jesus.

After those five years, Samantha longed to get back into training but she didn’t know how this could fit in with her current location and the company.  She received training in John Maxwell’s training, coaching and speaking course, and was trained as a life-coach. After she had prayed for many months, one day the company owners sat her down and asked her if she would be interested in buying into their other company – a leadership consulting company and language school.

Three years later, Samantha is still passionate about training and has seen how much impact the multiplicative effect of training has on people. She desires to get back into more church planting training, as well as continue to train and coach in the business world. Though she didn’t start with a specific vision for business as mission, Samantha has seen how God has used her passions, desires, and skills together to further His glory in the archipelago.

A Match Made in Heaven: Daniel and Ameris

Daniel found himself in his early mid-life, full steam into his corporate consulting and marketing career. Having been influenced by his leaders and their books (Tim Keller’s Every Good Endeavor and Pete Scazero’s Emotionally Healthy Spirituality), Daniel lived missionally in the corporate setting. Daniel also led the Believers in Business Conference, during his MBA studies where he first interacted with the idea of Business for Transformation (B4T). In all his years in corporate retail marketing, and then consulting, Daniel sought to live out the gospel among the lost.

With a job transition on the horizon and looking towards the second half of his life, Daniel did some soul searching about what his greatest contribution would be, wanting to make eternally strategic decisions about this next job move. It was at this time that his relationship with Ameris was also taking off.

Ameris, six years Daniel’s junior was immersed in her work with refugees and a passion for mission mobilization. She had tracked with the B4T movement for many years, even working for Patrick Lai for a short stint. She was a big fan of business as mission, though her background was solely non-profit. Ameris firmly believed that the opportunities for missional impact could be maximized in the workplace – both at home and among the least reached peoples of the world.

Ameris and Daniel met and married after years of faithfully serving God in their different venues. They had both lived overseas for short-term mission stints in their twenties; they each individually lived very adventurous lives and loved all things international. Coming together as a couple in the midst of a job transition for Daniel led them to both think outside the box for how they could together impact the world through business.

Ameris suggested that Daniel read the book Tentmaking and attend a B4T training workshop, as well as interview the owners of a small tourism company in South East Asia to find out more about how they got their business started. The next thing they knew, the owners of that business had asked Daniel to come out for a visit, with the prospect of a marketing job with the company.

Daniel believed that God had blessed him with the ability to lead in business so he took the small salary given by the company, raising only the funds needed for savings and retirement, and trusted God for a return on the investment. Daniel brought his years of marketing experience and business development to the island paradise and helped grow the company’s revenue and infrastructure.

Ameris had always dreamed of marrying a missionary type, but as the years went by and her understanding of the world grew, she began to see the strategic place of missional business. Her dreams changed to wanting to work alongside a man who would lead in Kingdom business in a global context. Meanwhile, as he searched for a place to make a strategic impact, Daniel began to understand God’s call on his life to help grow Kingdom businesses in hard-to-reach places. A match made in heaven! Daniel and Ameris now live on a far-flung island, building their married life together. They plan to be there for another couple of years, serving the tourism company while growing their consulting practice – hoping in the future to help other small businesses launch and thrive for God’s glory.

With the dream of going out to work in mission to the least reached, Ryan and Jade worked hard for three years after college in their professions of church work and nursing to pay off college debt. As the date of financial freedom approached, they joined a mission organisation and began raising financial support. Ryan and Jade only knew to be “traditional missionaries”, they had never heard of business as mission.

Their first two years in-country focused on language learning, which provided them a straight-forward visa. Their eventual goal was church planting, and in these two years they scouted out the land and found several things to be true. One: there were thousands of acres of coffee farms, with unreached, unengaged coffee farmers. Two: as foreigners they felt a huge cultural barrier between themselves and the people they wanted to reach with the gospel, especially as they ventured out into the coffee plantations. Three: National missionaries were already looking for opportunities to head into the plantations. And finally they discovered that the coffee farmers lacked the consistency in sales that they needed in order to be profitable.

As their student visa ended, Ryan and Jade looked around and realized that all the mission workers in their area were doing one thing: business in various shapes and sizes. They felt a bit of an identity crisis as they explored going into business. They had mentally prepared and planned for church planting work for years and had only ever worked in non-business settings. Ryan and Jade had to make the shift from what they expected their work to look like, to the reality that faced them. Nevertheless, they jumped on the bandwagon with just a bit of advice from some men from their home church, no real business background, and no help with their business plan. The noble goal for their business was to help the coffee farmers by selling their coffee.

Three months into their business venture, a medical need forced Ryan and Jade to leave that country to seek care. They left their business in the hands of a local who did not have as much business savvy as they first thought. While on a medical leave, their business folded only six months after it opened, having cost them more money than they made.

While in USA on their medical leave, Ryan came across the book Tentmaking and loved it. Reading it after a failed business made him realize how much he still needed to grow in understanding business and business as mission. Ryan and Jade returned overseas with a few hard lessons learned, a new city to live in, a broader understanding of the BAM vision, and some new business partners. They went in for a second try.

The new endeavor is a coffee shop that sources from the farmers they originally desired to reach. It provides Ryan and Jade, as well as local mission workers, access to these places where the need for the gospel is great – and provides a great cup of coffee! Over the years, as they have focused on coffee, they have found that they love learning about it and have received specialty training and certifications in producing and making coffee. They are in a good place now and continue to learn and grow in business as mission.

Amy is a guest contributor for The BAM Review. 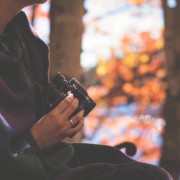 How to Develop a Vision and Goals for Your BAM Company 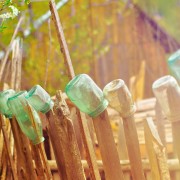 12 Stakeholders You Should Engage in Your Business Startup 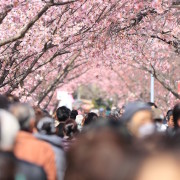 Lessons From the Edge: Living the Gospel Among Unreached People 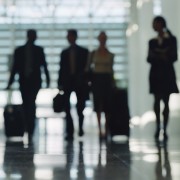 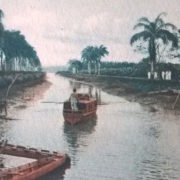 The Business is the Mission? A Story from History 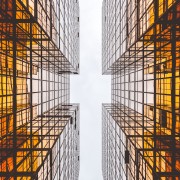 Discovering the Right Thing to Build: How to Get Started with Business Planning