The BAM Review
You are here: Home / The BAM Review / BAM Introduction / Building the Kingdom Through Business

by Bridget Adams and Manoj Raithatha

In his book Screw Business as Usual, Sir Richard Branson outlines his vision for nothing less than global transformation. He asks, ‘Can we bring more meaning to our lives and help change the world at the same time… a whole new way of doing things, solving major problems and turning our working into something we both love and are proud of?” His proposed solution is a new way of doing business. ‘It is time to …shift our values, to switch from a profit focus to caring for people, communities and the planet.’ Sometimes God uses prophets from outside the Church!

The world, it seems, wants business to change. The voices, powerful voices, are being heard out there. The Church, who you might think would be driving this new found hunger for ethics and transformative business, is in danger of being left behind. Branson knows that business can change the world for good, but we believe it can also change the world for God. Business can help build the Kingdom.

Business matters, because business has clout. Broadly, and perhaps crudely, speaking, in the pre-modern period the Church shaped society, in the modern period the nation state shaped it and in the contemporary, or post-modern, world society is shaped by businesses. And they shape it across the whole world, operating across national borders in globalised markets.

If it is business that shapes the world, then why can’t the Church work in and through business to shape the world for good and for God? Shaping it for good brings wealth creation in communities, with greater justice and relief from poverty for the world’s poor, with the dignity of useful labour. Shaping it for God brings ‘life in its fullness’, a life reconnected with the One who made us and loves us, bringing hope and meaning and purpose. All of that is good news and is the motivation for Kingdom building businesses.

Business really does matter to God!

So why have we thought that it doesn’t? Why do we act as if God is interested in what happens in church but not in what happens in His world? It has been so much a mindset among God’s people that it even has a name; the sacred secular divide. We assume that God is interested in what we define as sacred, but not in what we define as secular.

In 1992 Malcolm Grundy wrote a book called the Unholy Conspiracy. He writes about the scandal of the separation of Church and industry. Both sides conspire to keep Church and business in separate spheres. Religious individualism that came out of the Reformation, later reinforced by Adam Smith’s theories, cut economics and theology in two distinctive ‘kingdoms’. Grundy notes the Church’s awkwardness about money and adds that is as if ‘one whole section of God’s creation is regarded as almost beyond the redemptive process’. We will come back to this later. We simply note now that by and large, the Church has failed to have an impact on business because it considers it beyond the pale, that is, outside its home territory.

But the Bible makes clear that God does not compartmentalise His creation. He is interested in everything, His presence fills everywhere. God is interested in our businesses; are we interested in having Him there? Have we handed it all over to Him, or are we holding something back for ourselves? We have to brave the discomfort of an undivided universe if we truly want to be God’s people.

Sometimes God shows us new strategies to spread the good news. And sometimes He reminds of old ones! What can we learn from our history? The first thing that we can learn is that there the unholy conspiracy did not always exist. In its early days Christianity spread along the trade routes, both east and west from Jerusalem. Business has been used to help build the Kingdom since the Acts of the Apostles. St.Paul’s journeys were along the trade routes around the Western end of the Mediterranean. It wasn’t just that travel was easier for ‘missionaries’ along the trade routes. The traders themselves were missionaries, gossiping the gospel as they traded their goods. Paul of course, was famously in the business of tent making. Merchants were so often missionaries as well the early Asian church, the Syriac work for ‘merchant’ was used as a metaphor for evangelist.

In medieval times the craftsmen and traders were still playing a part in spreading the gospel. In England the livery companies and trade guilds probably had their origins before 1066. The guilds set standards, regulated trade and arbitrated in disputes between members. They provided almshouses and cared for those in their trade who were in need, and they provided spiritual care through links with the Church. And it was the guilds that produced The Passion Plays of England, which are some of the oldest pieces of English literature. Yes, 700 years ago there was Christian drama on the streets of our towns and cities and it was the business people who put it there!

Once we get to the era of the Industrial Revolution, then we really need to turn our attention to the Quakers, who pioneered so much of what is important in business today.

When we think of Christians in business in the UK, the Quakers spring readily to mind. Or at least they should do!  Quaker teachings have motivated many Quakers to try to make the world a better place through business. This was the Business as Mission of the 17th to 20th centuries!

And these were businesses with a big impact. The names of Cadbury, Fry, Rowntree, Bryant and May, Clark, Wedgwood, Barclay and Lloyd are still household names in the UK in the 21st century.  But there are also forgotten names.  Abraham Darby was an innovative genius in the early 18th century, whose metal working companies were instrumental in starting the Industrial Revolution.  A century later the Pease family started and ran the Stockton and Darlington Railway Company, originally set up to transport coal from their mines but later introducing the world’s first passenger train.  Quaker enterprises formed the basis of British Steel (now Corus) and British Rail, as well as Unilever and ICI.

The Quaker ethics of honesty, hard work and responsibility for others produced businesses that thrived, leaving a legacy and positive example for business ethics through the centuries since. As Joseph Rowntree’s biographer notes, ‘His father could see nothing incongruous in mentioning his stocks of sugar and the Holy Spirit in the same paragraph of a letter, and it would never have occurred to Joseph that there might be a code of ethics applicable only to commerce’.

Quakers were a persecuted minority, never more than 1% of the population, and not allowed to hold public office until the 19th century. But none the less they used business to transform and shape the UK. They were innovative risk takers in business, and Quaker run businesses networked and worked together, with ideas as well as finance running round the network.

I find the story of Quaker businesses very encouraging. In terms of their spiritual impact, the social reforms they spearheaded led many to become Christians, if not Quakers, and even today, when they are talked of in glowing terms by a world hungry again for ethics in business, they get Jesus a good press!

When it comes to 21st century Christian entrepreneurial businesses we needn’t worry about how few we are, just how well we do what God has entrusted us to do and how well we work with each other. We can have an impact!

In memory of Bridget Adams who went to be with the Lord on the 19th June 2012.

Bridget Adams has been a research scientist, a businesswoman in hi-tech and engineering companies and a freelance business consultant. Most recently she has been a priest in the Church of England, working to develop and network Christian-run businesses through WorkPlace Inspired. Her legacy to the business as mission movement lives on in numerous ways, not least in the book ‘Building the Kingdom Through Business’, co-authored with Manoj Raithaitha and the publishing house Instant Apostle that they co-founded.

Manoj Raithatha has been a teacher, a Bafta award winning TV writer and a successful property entrepreneur. Rais

ed a Hindu, he has been a Christian since 2008, and today continues to run his business while heading up the South Asian Forum (SAF), a grouping within the UK Evangelical Alliance, set up to equip the Church to share the good news of Jesus with Asians.

An extract from ‘Building the Kingdom Through Business: A Mission Strategy for the 21st Century World’. Reproduced with kind permission.  Order from Instant Apostle on Amazon Marketplace; Kindle or paperback editions available. 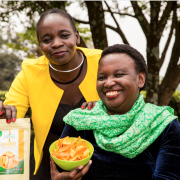 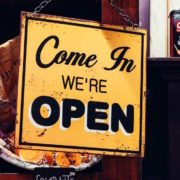 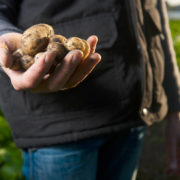 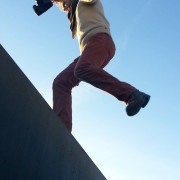 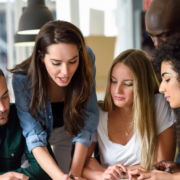 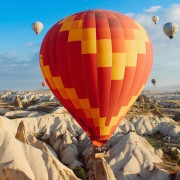 BAM in a Box?
Scroll to top